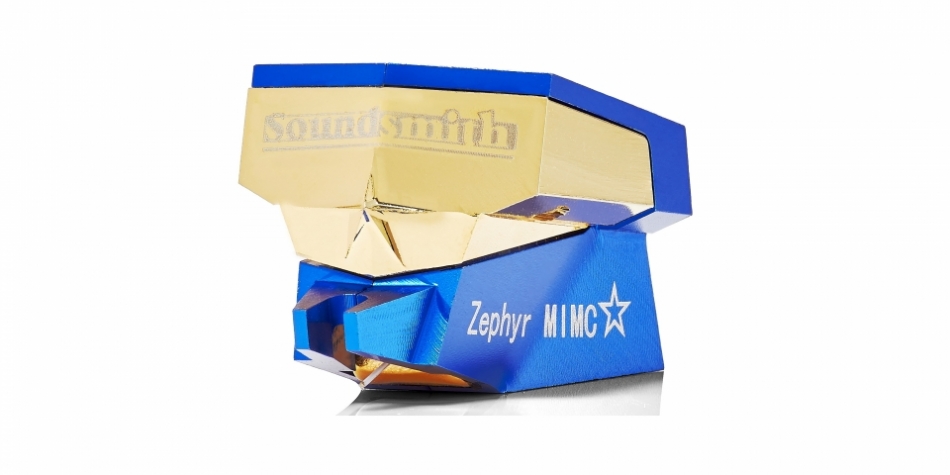 Zephyr MIMC Star is Soundsmith's entry point into its high end, low output lineup. Before you consider that not 'affordable consider that if you mess up and snap the cantilever during installation, Soundsmith will rebuild it at this time for $350. Even after you've worn out the stylus, the cartridge can be rebuilt for the same amount this time. Most MC cartridge cost approximately half of list price, so do the math: you get the Zephyr Stars for around $2100.

Right now Soundsmith is offering another buying incentive: buyers of the first 1500 Zephyr Star cartridges will receive a small golden envelope corresponding to a free gift from Soundsmith ranging from a set of EZ Mount Screws (1420) to an SG-210 Strain Gauge cartridge (4). In between are Hyperion cartridges (6), Sussurros (10) and four other cartridge models (15 each). So you are guaranteed to getÂ somethingÂ if you buy one of the first 1500 Zephyr Stars.

The Zephyr Star, which weighs 10.27 grams, features a Sapphire cantilever .....laser drilled to accept the Selected Contact Line low mass nude stylus, and borrows much of its internal technology from the $4800 Sussurro cartridge. The Zephyr's compliance is suitably low at 10m/mN, its rated channel separation at 1K is rated at greater than 28dB and 25dB between 50Hz and 15kHz.

The name is an acronym for Moving Iron for Moving Coil preamps). In other words, with its .4mV output, the MIMC should be used with a moving coil phono preamp capable of producing between 58-64dBs of gain.

Soundsmith is a specialty audio manufacturer located about an hour north of New York City. Founded in 1972, Soundsmith has achieved an enviable reputation in the audiophile world for outstanding sonic quality and extremely high-value products. (View profile)